They meet at various times Tuesday evenings during term time beginning at 17.45

As a Group our membership has grown over the last year. Lots of interesting activities and outings have been done and badges achieved.

They have recently achieved the Health and Fitness and the Experiment badges and are now working towards the Book Reader badge and the Explore badge.

We had a great visit to the new Community Fire station in Saughall Massie and the Beavers each had a turn with the fire hose. Several Beavers have worked amazing this year and have been awarded the Chief Scout Bronze award which is the top award a Beaver can achieve.

I was privileged to award a long service award to Guy Pullan on behalf of the Scout Association for all his work as our Group Treasurer. We are very grateful for the great work that Guy continues to do for us. 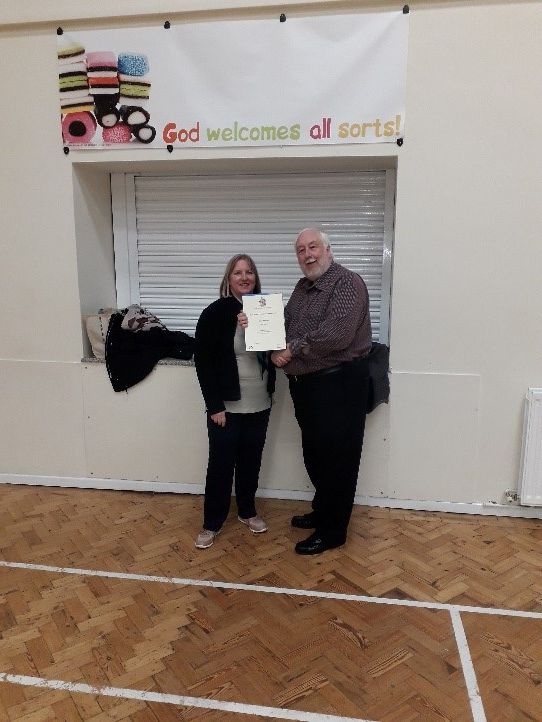 Over the last year the cubs have been involved in a wide range of activities. During the weekly meetings we held an Australian themed night which was inspired by a visit from a Cub leader from Australia. We also celebrated Burns night, the Cubs had the opportunity to taste Haggis and one of the parents played the Bagpipes. We also visited the Geek Retreat, in Hoylake, and the Saughall Massie Fire station as part of their Fire Safety badge.

The Cubs have also been working hard to earn other badges, these include the Cyclist, Photographer, DIY and Personal Safety badges. We also entered 2 teams into the District 5-a-side Football competition, held at Leasowe sports centre and two teams competed in the Ten pin bowling competition in New Brighton.

The Cubs also had a fantastic time, sailing and kayaking down at the Marine Lake and I think I can say it was a highlight for many of them. This also earned them their ‘Time on the water’ badge.

Here is a selection of activities undertaken by Scouts

Making pancakes from scratch-Scout night always seems to fall on a Tuesday!!!

Backwoods cooking summer camp, some Scouts completing the Cheshire Hike, the Beavan Challenge camp (on the wettest weekend ever at the end of last September).

One other thing to mention was that last November our ex leader and now group president Ken Coghlan attended the Scouts National Remembrance Parade at Westminster Abbey in recognition of completing 25 years in Scouting, after having his name drawn in a national draw.